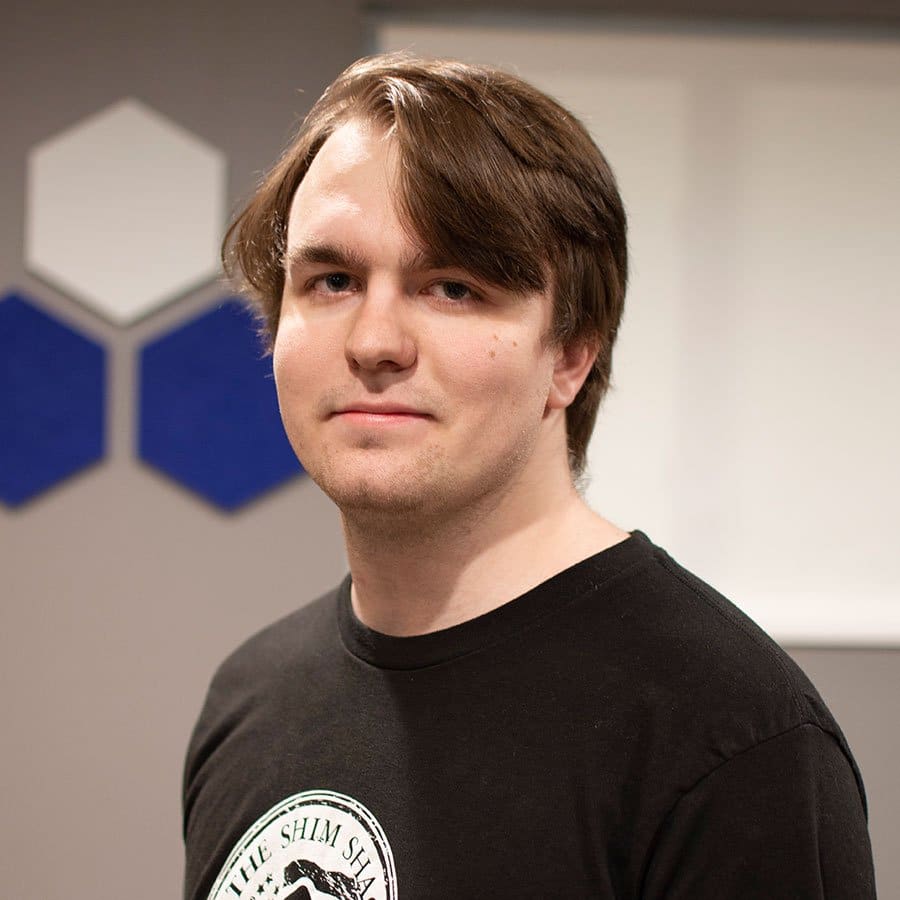 Skyler has been with The Shim Shack for over 3 years. He started in our laser department and caught on very quickly. He showed interest in every aspect of the company, and he’s really followed through with that interest! Skyler is our designated floater because of his various skills and passion for helping others. After mastering all shop duties, he made his way into office duties. He’s our programming prodigy, no part is too difficult for him! Skyler is one of the hardest workers we have, unless it’s lunch time - that’s when he naps.
His jack of all trades doesn’t end at just The Shim Shack, he can solve a Rubik's Cube, which is pretty cool too.

When Skyler’s not at work, he spends his time playing video games, bowling, and playing with his dog Apollo.