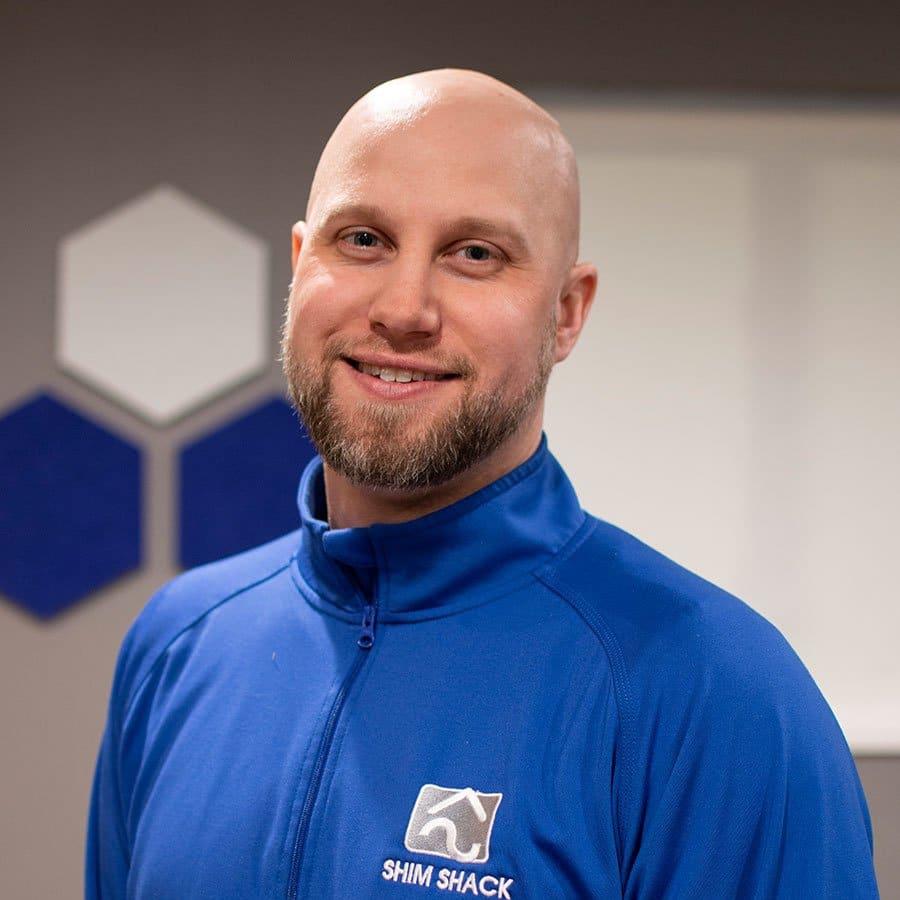 Josh has been with the company for over 16 years. He started as a production associate at our paint shop and has truly earned his way to being our fearful leader (fearful was a typo, but i’m keeping it as is because it’s way funnier that way). If anyone is the epitome of our culture, it’s Josh. He is everyone's biggest advocate and is dedicated to making The Shim Shack the best place to work and the best place to order your shims. With a background in marketing, he is bringing The Shim Shack to places manufacturing hasn’t seen before. Josh carries the title of Company Cornhole Champion and will not miss an opportunity to remind everyone of his reigning status. We’re pretty sure his teammate, Bob Lucas, carried him through the tournament though. He never fails to bring out the positive in negative situations, unless it’s about accusing him of being bad at sports.

When Josh isn’t at work he enjoys playing basketball, golfing, supporting his kids at their games, and hanging out with his family.