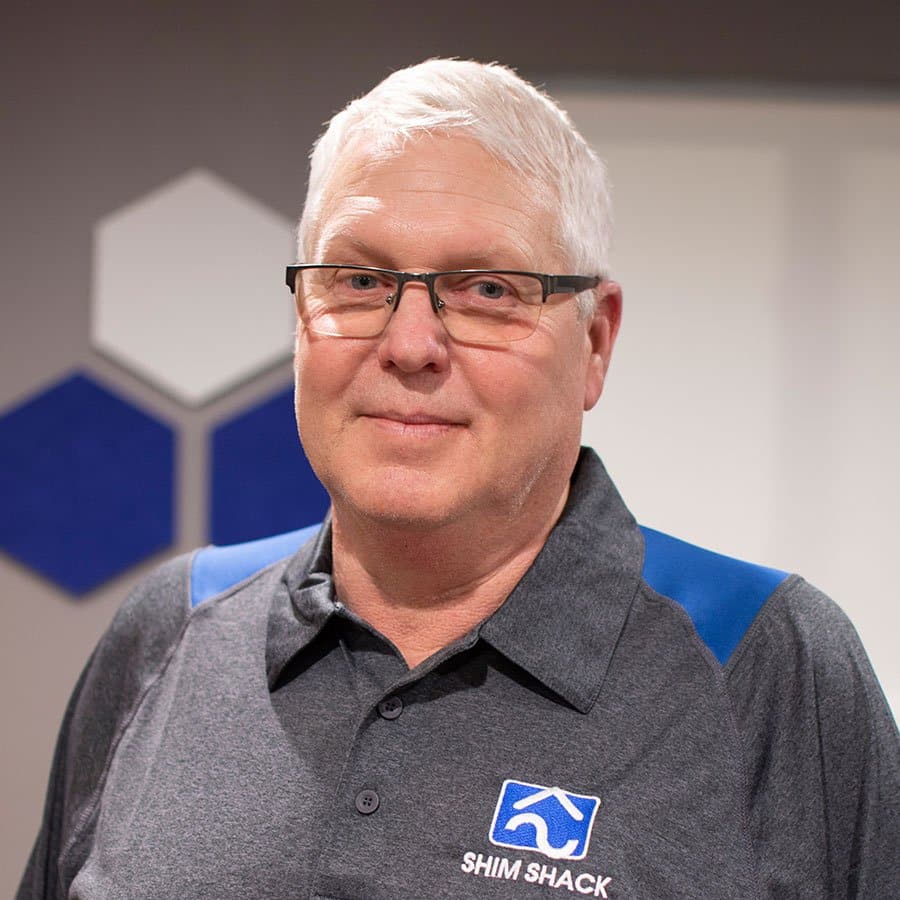 Bob has been with the company for nearly 34 years. Yeah, 34 entire years! Bob got his start in welding, but after seeing his impressive math skills, we had to get him into sales and estimating. He claims he was way too good at math to go into engineering! He has extensive knowledge on all things metal, making him undoubtedly the shim master. He has been here since the beginning of The Shim Shack, and is a huge factor in what we are today. He values creating lasting relationships and has championed making sales and production operate in unison to serve our clients. Bob is a huge fan of emails, so much so that we’ve had to upgrade his storage because you never know when you need to refer back to that one email from 2005.

If that wasn’t enough to convince you how great he is, he has also won The Shim Shack Salesman of the Year award, every year! (Please don’t tell him that he’s running unopposed)

In his freetime, Bob enjoys working on his tractors.